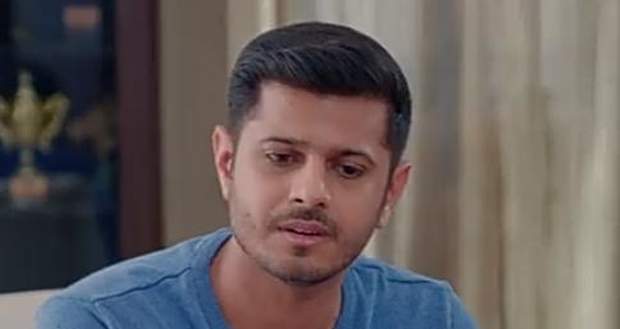 Virat talks about the past while Sai tells him to not remember the past and focus on their current relationship.

Further, Virat tries to convince Sai to call him just Virat but fails to do so after which she gives him the nickname Modak.

He makes her eat chilli and tells her that he will nickname her Mirchi while they both argue with each other teasingly.

Virat asks her if she took the medicine or not while she creates an excuse to not eat it as he makes her eat it.

She says that she wants to go to college while he reminds her that she withdrew from the college when Samrat comes there.

He apologises to Sai for being there when she discharges while she tells him that she knows he was there for her and complains about Virat.

However, Virat informs Samrat that Sai didn't take her medicine and Samrat scolds her as they all laugh.

Bhavani tells Samrat to take Pakhi with him as he goes to drop off Vaishali and they both leave.

Bhavani further tells Sai that she came to meet him while Sai hugs her for making the Modak's and gets emotional.

Virat also bids goodbye to Sai and leaves with Bhavani.