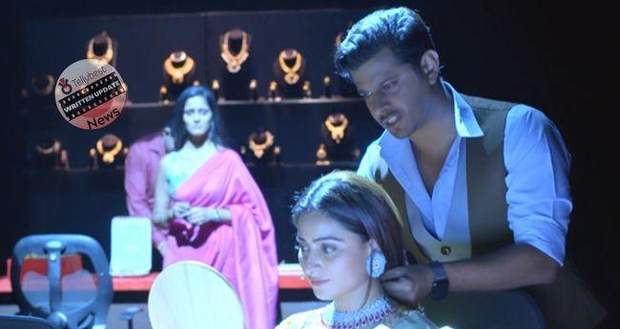 Later, Patralekha tells her that she will go to a temple to pray for Vinayak and Virat.

Meanwhile, Sai and Savi are preparing for a trip to Shimla when Patralekha comes to their door.

Sai is shocked to see Patralekha and asks her what is she doing here while Savi becomes happy to see her and asks for Vinayak.

Patralekha tells Savi that Vinayak is unwell, which is why he did not come with him.

After a while, Patralekha tells Sai that she is not here as Virat’s wife but as Vinayak’s mother.

She tells her that Vinayak has fallen from the stairs and is in grave pain. He has lost hope of becoming healthy.

Sai asks Patralekha if Virat knows about her being here and if he will allow her to treat Vinayak in the capacity of a doctor.

Patralekha assures Sai that she will handle Virat and asks her to come with her.

Sai tells Patralekha to not promise something that she cannot deliver.

Meanwhile, the doctor tells Virat that Vinayak is under stress. He also tells him that until Vinayak is free from stress, medicines will not really work on him.

Meanwhile, Patralekha begs Sai to come with her and help Vinayak stand on his legs.

Sai tells her that Virat has hurt Savi so many times and she cannot bear to see her daughter in pain and that is why she is going to Shimla for a new beginning.

Sai also tells her that she will give her the lotion and tell her the exercises that will help him get better.

However, Patralekha tells Sai that Vinayak does not need any doctor but needs her and Savi, and only they can cure him.

In the meantime, Ninad asks Virat to call Sai who will help Vinayak get better.

However, Ashwini tells him that Sai is not the cure but poison that will destroy their family’s happiness.

In the meantime, Patralekha shames Sai for being stone-hearted and prioritizing their failed love life over the health of an innocent child.

Patralekha loses control and angrily asks Sai why did she come back into their lives and gave hope to Vinayak when she cannot deliver on it.

Just then, Virat calls Patralekha telling her that Vinayak is under mental stress which is making the medicine ineffective.

Patralekha once again asks Virat if they should bring Vinayak to Sai which angers Virat and he tells her that he is taking him to London so that he can be away from all this.

© Copyright tellybest.com, 2022, 2023. All Rights Reserved. Unauthorized use and/or duplication of any material from tellybest.com without written permission is strictly prohibited.
Cached Saved on: Monday 21st of November 2022 05:53:40 AMCached Disp on: Thursday 1st of December 2022 12:57:10 PM