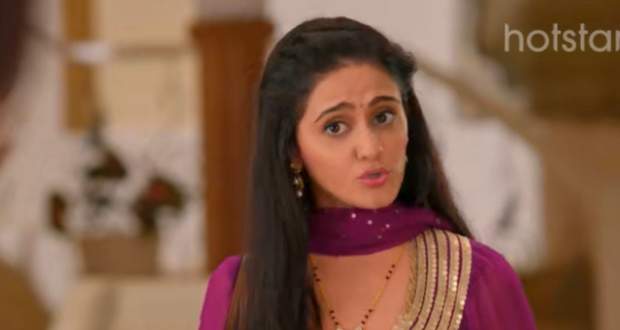 She says that they will have to come while Pakhi again argues with her.

Mohit stands up for Sai while Ninad starts taunting him which makes him upset.

Sai once again invites them while Bhavani asks if it is a challenge.

Sai accepts the challenge and Pakhi argues with her while Bhavani scolds her for it.

Mohit tells Sai that he will come and she gives him an entry pass while Karishma taunts him.

Sai announces that she will come late from college until the college festival for the preparation.

Later, Sirat and Virat have dinner while she asks him why he got mad at her in the morning.

He asks her if Achinkya is her best friend and she refuses while he asks her for an entry pass.

© Copyright tellybest.com, 2020, 2021. All Rights Reserved. Unauthorized use and/or duplication of any material from tellybest.com without written permission is strictly prohibited.
Cached Saved on: Monday 17th of January 2022 09:25:38 AM