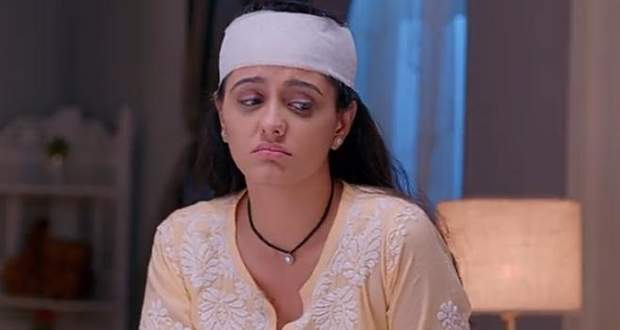 Today's Ghum Hai Kisi Ke Pyaar Mein (GHKKPM) 29 October 2021 episode starts with Sai and Virat missing each other and him going to see if she is asleep or not.

Meanwhile, Samrat questions Pakhi why she spoke rudely with Sai and she makes up an excuse and blames him for it.

Ashwini catches Virat looking at Sai and he takes her to his room where he reveals to Ashwini that he loves Sai and is missing him.

She tells him to understand Sai's thinking and reveals that Sai is maintaining distance from his since she thinks that he is still living in his past.

He thanks her while she emotionally says that her and Ninad's 37th anniversary is coming but they couldn't be friends or be a good couple.

Later, Sai dreams of Virat and wakes up the whole Ashwini comes there and sings a lullaby for her to put her to sleep.

The next morning, Sai gets happy seeing Devyani who reveals that she is there to stay with her for a few days and reveals how she scolded Virat at the hospital.

Just then, Virat comes there and Devyani tells Sai to punish Virat while Sai agrees and looks at Virat.