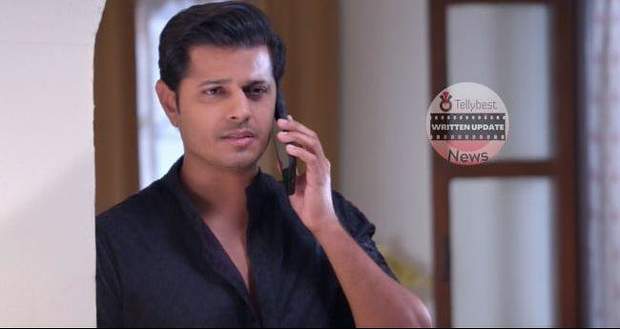 Seeing Vitthal, Omi tells him to go while Vitthal calls Virat to come out.

Virat gets angry to see Vitthal who accuses Sai of being characterless and keeping two men at once.

Hearing Vitthal's allegations Virat gets angry and throws him out of the house telling him to never come back.

Meanwhile, Bhavani gets angry and tells Virat that this is all happening because they have allowed Sai back into their lives.

In the meantime, Virat goes to Sai’s house in anger and forcefully takes her to a deserted ground to ask her about her relationship with Jagthap.

Sai tells him to control himself and not spew nonsense like that.

Virat’s anger and jealousy are at their peak and he tells Sai that because of her relationship with Jagthap, Vitthal Mane has dared to come to their house and talked nonsense.

Sai tells him that she does not owe him any explanation while Virat tells her that she cannot leave without giving him answers.

Virat accuses Sai of having something going on with Jagthap due to which he is following her around and comes and goes from her house as if he is Savi’s father.

On the other hand, Bhavani, Omi and Sonali are character analysing Sai and her relationship with Jagthap.

Meanwhile, Karishma asks Bhavani about the truth about Sai having an affair with Jagthap.

Patralekha gets agitated and scolds Karisma for blaming Sai, just because a goon comes and badmouths her.

Sonali defends Karishma and tells Patralekha that it is Sai’s mistake because she is keeping Jagthap on the leash and is not marrying him despite Vittal’s approval.

Patralekha tells them that they should not let anyone ruin the peace of the house and that she has complete faith in Virat who knows what he is doing.

Elsewhere, Sai tells Virat that he is a narrow-minded person and she is ashamed that she has once loved him.

Virat is equally angry that he has once loved her and now is reaping the consequences by having to face goons like Vitthal.

Hearing Virat go on and on about Jagthap and her relationship, Sai laughs sarcastically and tells Virat that this society cannot see a woman living alone and begins to character analyse her.

They cannot digest the independent streak of a woman and comes to accuse and blame her for not having a husband.

Not only that they do not hesitate to question the presence of every man in her life as if they are her caretakers.

Later, Sai tells Virat that she is not answerable to him because there is no relationship between them.

She also reminds him of his own marriage and how she never questioned him for marrying Patralekha.

Getting sarcastic, she tells Virat that people like him never look into what they are doing but are ready to question her.

© Copyright tellybest.com, 2022, 2023. All Rights Reserved. Unauthorized use and/or duplication of any material from tellybest.com without written permission is strictly prohibited.
Cached Saved on: Monday 21st of November 2022 01:40:38 AMCached Disp on: Tuesday 29th of November 2022 11:10:33 AM