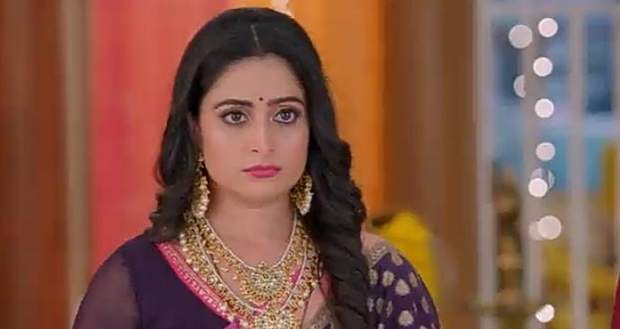 Sonali comments on Sai and Virat not being there but Ashwini silences her.

Meanwhile, Sai goes towards Virat's room with a smile and thinks that she will ask Virat if he has started loving her as his wife.

However, she gets shocked seeing Virat in uniform as he tells her that he has to go on a special mission.

She asks about the details while he recalls the DIG telling him that he will be given the information once he reports on duty and tells the same to Sai.

She cries and tries to convince him to stay until the pooja ends while thinking that she had to ask him many questions.

However, he manages to convince her to let him go on the mission and that he doesn't have enough time for the pooja to end.

Meanwhile, Pakhi taunts Sai and Virat for not coming late when Virat and Sai come there to inform them about the mission.

Ashwini reminds how danger surrounds Sai and Virat every time they separate but Virat convinces them it happens when they fight but they have not fought this time.

Everyone bids goodbye to Virat while Sai brings Pooja thal and tells Bhavani to do his pooja but Bhavani says that she will not do the pooja.

© Copyright tellybest.com, 2020, 2021. All Rights Reserved. Unauthorized use and/or duplication of any material from tellybest.com without written permission is strictly prohibited.
Cached Saved on: Wednesday 1st of December 2021 11:18:30 PMCached Disp on: Monday 6th of December 2021 07:50:37 AM