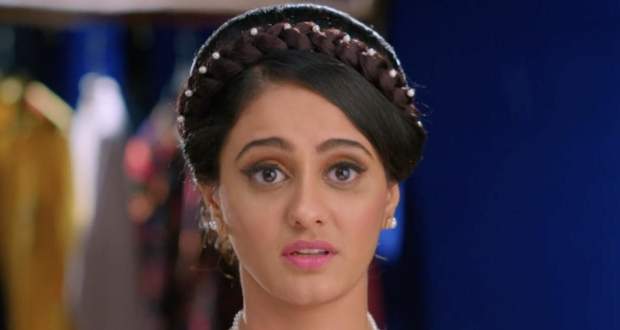 At the same time, Omkar also tries to tell Bhavani and Ninad that they should have gone to watch the annual event.

Meanwhile, Bhavani and Omkar discuss Sai's kind acts that she did in past and appreciate her generosity.

On the other hand, Ninad stops them from appreciating Sai and tells them not to forget her misbehaviour.

Meanwhile, the police come to the Chavan mansion and inform the Chavan's that Sai is dead and she has mentioned their name in her statement-making them responsible for her death.

Bhavani, Ninad, and Omkar start hallucinating themselves as they are in jail.

In college, Sai gets nervous regarding her performance.

Virat tries to cheer her up but Sai tells him about her idea for bringing Chavan's to see her performance.

Sai tells Virat that she has sent fake police to bring them all and mentioned that she is dead.

Virat and Pulkit both get shocked listening to Sai's plan.