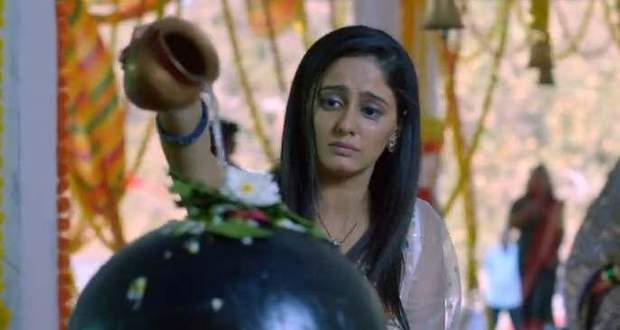 At the hospital, the doctor calls Pulkit as Virat's condition worsens.

The doctor regretfully informs Pulkit that the rare injection crucial for Virat’s surgery is unavailable with them and they only have two hours to administer it else it would be too late.

Pulkit and the rest of the family get busy arranging the injection.

Meanwhile, Sai also hears Samraat’s message and finds out about the injection situation.

Feeling desperate, Sai messages her college group and soon gets a positive reply. Although someone has the injection, it needs to be picked from the outskirts of Nagpur.

While Sai tries to inform the Chavan family about the injection, Bhavani scolds Mohit for not blocking Sai as they had blocked Virat.

At the same time, Devi has a bad dream and becomes agitated.

Later, at the hospital, Pulkit hears of Devi’s condition and leaves for home to calm Devi whose condition may worsen with overstress.

Being blocked by everyone, Sai decides to go alone to pick the injection in Virat's car.

With only 1 hour and 40 minutes to spare, Sai recalls Virat’s driving lessons and feeling Virat by her side starts the car.

Soon, Sai realizes that Virat’s illusion and not Virat, is guiding her to drive and gets distracted which costs her almost hitting another car.