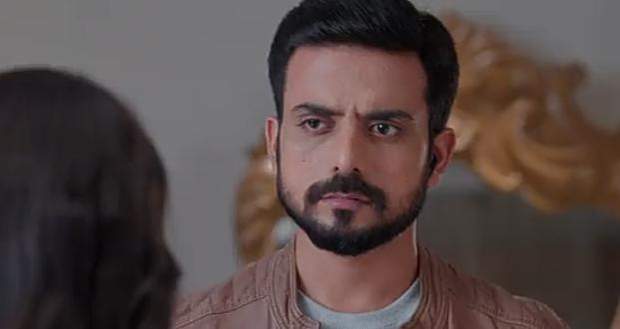 Today's Ghum Hai Kisi Ke Pyaar Mein (GHKKPM) 2 November 2021 episode starts with Pakhi asking Samrat if he heard anything while he informs her that he is busy in a call.

Elsewhere, Sai and Virat tease each other after which Virat goes to Samrat to take his help in convincing Omkar when Pakhi stops him at the door and asks him if he came to talk about Sai.

Samrat comes there and Virat comments on Pakhi worrying for Sai making her leave from there fuming.

Further, Samrat and Virat go to Omkar's room and try to convince him to stay in the Chavan house while Omkar, Sonali, and Karishma keep saying hateful words towards Sai.

Later, Virat comes back home with Sai after his follow-up with the doctor as she questions him about the situation with Omkar.

He tells her that they didn't get successful after which she informs that she will convince Omkar herself.

In the kitchen, Pakhi tells Ashwini to rest and further instigates Karishma that she will have to work alone if they shift to a different house and tells her that they should turn Bhavani against Sai so that Omkar doesn't leave.