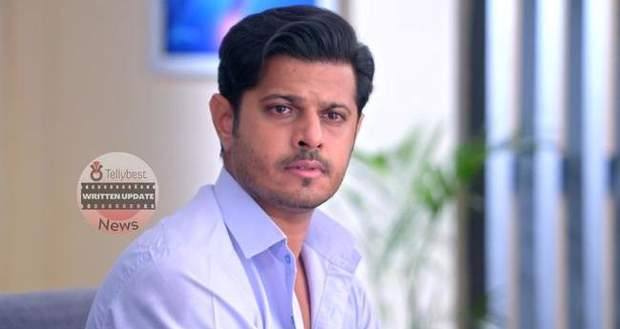 Usha asks Sai if she is feeling hurt but Sai states that she has molded her life around only focusing it on her daughter.

Further, Usha asks Sai where they will be staying and Sai says that she will figure it out.

Later, Pakhi thanks Sai for staying in Nagpur and asks her where she will be staying.

Ashwini states that she does not want Sai to come back to Chavan niwas.

However, Sai states that her intention is not to return to Chavan's mansion while Virat also comes there.

Sai tells Pakhi to tell her husband to not pull out his chequebook every time.

On the other hand, Bhavani is giving a speech at a function while the family members look at her in awe.

Meanwhile, Sai keeps calling a broker, and the last broker finally picks up the call and talks to her.

Sai requests the lady to show her the flat today only and the latter tells Sai to meet her at the function she is attending and that they can go from there afterward.

Further, Bhavani gives a speech on how families should let their daughter-in-law study and work to make their future and bring respect to the family.

Back at the hospital, Virat feeds Pakhi while thanking her for helping him decide for Vinayak seeing how Sai has impacted him.

Pakhi tells him that he also gets affected by Sai's presence, not only Vinu.

At the Pandal, Karishma and others get shocked to see Sai and later Karishma asks Sai if she has returned to apologize to the family.

Shocking Karishma, Sai states that she did not do anything that she needs to be sorry for.

Pakhi asks Virat why he gets so angry seeing Sai.

Virat reveals that he still cannot accept Sai and Jagtap together and promises Pakhi to control his anger for the sake of Vinu.

A guest asks Karishma about Sai and Karishma responds that she is Virat's ex-wife.

However, Bhavani comes there just then and states that Virat's first wife is dead and that Karishma mistook the girl for someone else.

Later, Bhavani returns home and starts scolding Karishma for talking to Sai while demanding to know how Sai reached the function.

Ashwini reveals that Pakhi brought Sai from Kankoli to treat Vinu which makes Bhavani even angrier.

Bhavani states that Sai's presence is torture for them and vows to not let Sai ruin her family again.

© Copyright tellybest.com, 2022, 2023. All Rights Reserved. Unauthorized use and/or duplication of any material from tellybest.com without written permission is strictly prohibited.
Cached Saved on: Monday 21st of November 2022 07:34:56 AMCached Disp on: Tuesday 6th of December 2022 12:19:42 PM