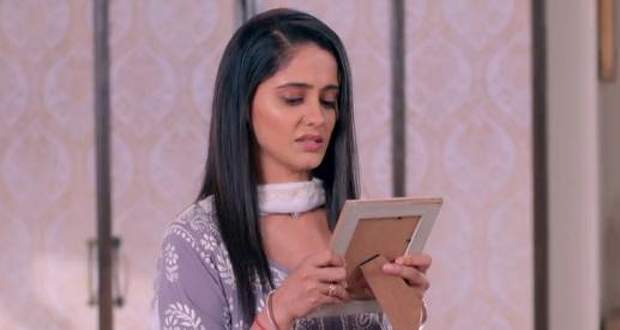 Today's Ghum Hai Kisi Ke Pyar Mein 30th April 2022 episode starts with Virat telling everyone that because of Sai he has understood the importance of family and apologises to them while others rejoice at the news.

One by one everyone hugs him and blesses Virat.

Virat thanks Pulkit for supporting Sai when she was all alone.

Virat tells everyone that he will surprise Sai at the breakfast table.

Later, everyone is happy and has forgiven Rajeev for bringing Virat back to them and plans a grand celebration to bless the wedding.

Afterwards, Virat comes to his room and tells sleeping Sai that she has finally done what she has asked her.

He also tells her that she will get a surprise in the morning seeing everyone together and happy.

Virat gets close to Sai and looks at her but gets scared as she turns over and then laughs at his own silliness.

Virat goes to sleep thinking about the next day.

The next morning, Virat wakes up happy and looks for Sai everywhere but couldn’t find her.

Everyone is busy with the wedding preparation and does not see Virat’s anxiousness.

Later, Shivani gets a call from Virat asking about Sai.

Shivani tells Virat about Sai not being there which worries Virat.

Virat becomes sad to think that he is too late in telling Sai his true feelings.

After a while, Devi comes looking for Virat and asks him whether Sai has left them again.

Sunny also comes in and scolds Virat for not looking for Sai.

Virat feels sad and thinks Sai has left her and does not want him to look for her.

Ashwini also comes in and takes a matter of Sai's absence lightly and hands over Sai’s selected Shervani to Virat.

© Copyright tellybest.com, 2020, 2021. All Rights Reserved. Unauthorized use and/or duplication of any material from tellybest.com without written permission is strictly prohibited.
Cached Saved on: Friday 30th of September 2022 09:03:35 PMCached Disp on: Saturday 1st of October 2022 01:02:22 AM