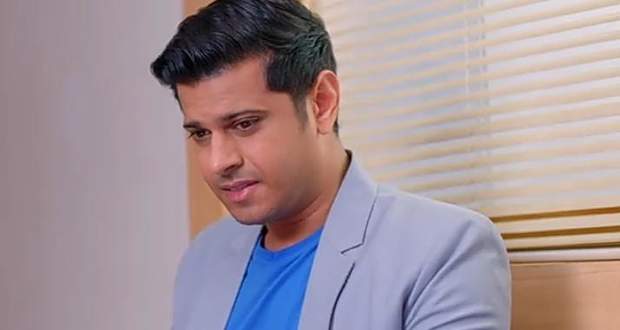 Meanwhile, Virat sees Sahas and gets emotional remembering the promise he made to Sadanand.

He talks about Sai and says that he hopes she is proud of him when she sees how he helped Shruti in bringing Sahas to life.

He shows Sai's picture to the many and clicks his pictures while Ajinkya questions Sai why she's upset.

Later, Virat calms Shruti and shows her the baby's picture while the nurse tells him that he can go if he wants to as the mother and the baby are under observation.

Elsewhere, Sunny sits beside Samrat and Mohit and talks about Virat while they reveal that he is not present yet.

Samrat says that Virat should have brought Shruti home which isn't liked by Pakhi who is overhearing the conversation and she leaves.

Further, Mohit reveals how he saw Virat with a lady at the hotel which baffles them.

Meanwhile, Virat gets out of the hospital and rushes towards his vehicle to go to the award ceremony.

The award ceremony starts while Ashwini gets emotional seeing Sai's upset expression due to Virat's absence while Ninad comforts her.

Virat manages to reach the award ceremony in time as Sai's name is called upon as he enters the hall.

However, Sai doesn't see him and feels sad thinking that Virat didn't come to her award ceremony.