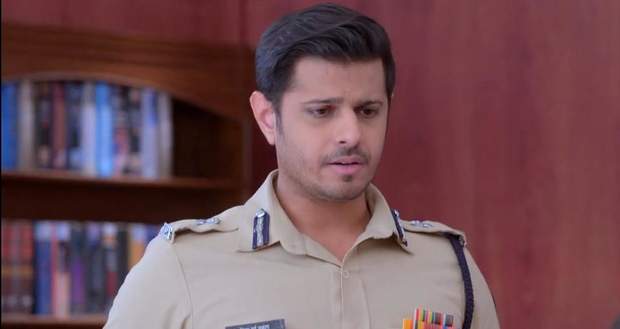 Virat comes to Sai and tells his opinion that he thinks Bhavani and Patralekha are right.

Sai looks at him in shock while Virat tells her that he is only expressing his opinion to her but he will do whatever she decides.

Sai tells him that Patralekha's too much insistence despite her refusal is making her suspect that she wants to rekindle her love for Virat.

Virat tells Sai that Patralekha has told him that she is feeling useless after Samrat’s death and by doing this she will feel valued in the family.

Virat asks her why is she objecting to her if she is medically fit. He also tells her that Patralekha will be living under the same roof so they can see their child’s progress.

Just then, Sai gets a message from the doctor telling her that Geeta is a perfect match for surrogacy and has asked her to meet her.

The next morning Virat and Sai go to the doctor and ask her to begin the process.

The doctor tells her that they only have one egg left of Sai and that needs to be done carefully and quickly.

After a while, Patralekha sees the woman who Sai has selected and decides to change that woman’s mind against surrogacy so that Sai has no choice but to choose Patralekha.

Later, Patralekha follows Geeta and finds out her address.

Just then some goons snatch her chain but are caught by people.

Patralekha does not complain about them to the police but decides to use them to change Geeta’s mind.

At home, Sai tells Ashwini that they will soon have her child among them.

Meanwhile, Patralekha comes in while Sai, Virat and Ashwini are celebrating and tell Virat good wishes.

Ashwini goes to tell Bhavani about the news.

Patralekha also taunts Sai and Virat for not considering her family and suspecting her intentions.

Sai tells her that she does not trust her with such a big responsibility and asks her to find some meaning in her life.

Patralekha does not like Sai’s suggestion and tells Sai to mind her own business.

Sai tells her that this means that they both will be minding their own business from now on.

© Copyright tellybest.com, 2020, 2021. All Rights Reserved. Unauthorized use and/or duplication of any material from tellybest.com without written permission is strictly prohibited.
Cached Saved on: Sunday 2nd of October 2022 07:28:39 PMCached Disp on: Friday 7th of October 2022 03:12:03 PM