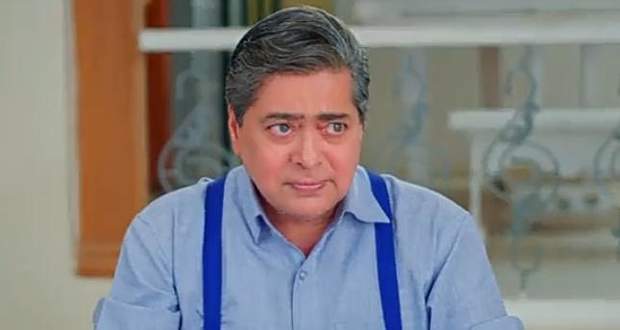 Today's Ghum Hai Kisi Ke Pyaar Mein (GHKKPM) 30 October 2021 episode starts with Sai punishing Virat to do 10 situps and him doing it happily while Sai informs Devyani that they have become friends now.

Elsewhere, Pakhi informs Bhavani that Omkar and Sonali have said that they will have their breakfast in their room but Bhavani sends Sai to call them downstairs.

They come downstairs after which Sonali starts taunting Sai and Pakhi joins her while Samrat warns her to not drag the argument.

Sai says that she offered help to Sonali while Omkar scolds her but Virat stands up for Sai after which Omkar says that he should leave Chavan's house.

However, Ninad tries to calm Omkar when he taunts Ninad that he won't understand since he never respected his wife.

Sonali also mocks Ashwini saying that she deserves the disrespect as she is from a poor family and Ashwini leaves from there crying while Omkar threatens the family that he will leave with his family if they are insulted again.

Virat questions Ninad for misbehaving with Ashwini and Ninas tells scolds him while Sai talks to Ashwini who reveals that she and Ninad do not have any relationship for years.