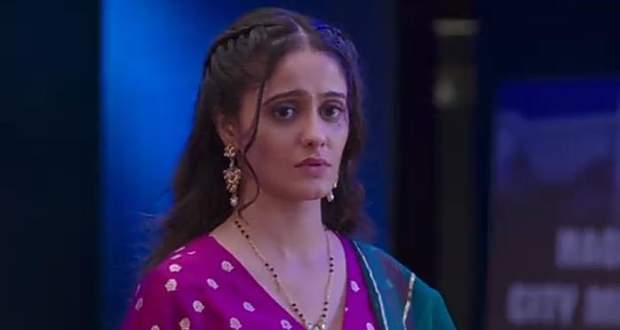 A staff member sees Virat struggling to go forward and helps him go forward from the side while Sai starts her speech by talking about her parents.

She expresses how she feels alone even after having a life partner which hurts Virat's feeling thinking that Sai still doesn't trust him.

Later, Virat returns home and Ninad along with Samrat question him while Sai looks away from them.

Samrat says that the family is doubting him which confuses Virat as other family members keep questioning him where he was during the award ceremony.

Pakhi mocks Virat telling Bhavani to ask him which new person has entered his life.

Samrat and Sai keep questioning him where he was when he was supposed to be with her as others also question the same thing.

Samrat questions Virat who is Shruti and why he is dodging all the questions related to her.