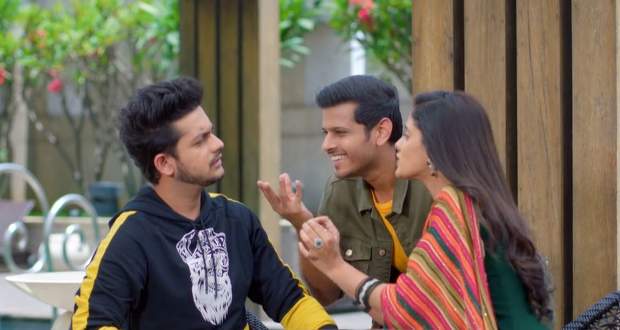 Today's Ghum Hai Kisi Ke Pyaar Mein (GHKKPM) 31 May 2021 episode starts with Virat and Sai informing Pulkit that everyone along with Bhavani has agreed to celebrate Harini's birthday which makes Pulkit very happy.

Further, Sai asks Virat to suggest something that they can do to bring together Harini and Devyani so that the gap between their relationship reduces to some extent.

On the other hand, Patralekha asks for apology from Bhavani as when she was trying to confront her she told everyone that she knew the truth of Harini's birth already.

Bhavani tells Patralekha that it doesn't matter as she was the only one supporting her against Sai while telling Harini's truth.

Meanwhile, Sonali provokes Ashwini saying that it is obvious that Bhavani didn't share this big news with her which makes Ashwini upset.

Later, Sai and Virat convince Mohit to arrange a skit play that brings Harini and Devyani together.

Further, Mohit suggests that Sai can play Harini's role nicely whereas Patralekha can play Devyani's role better which brings Virat in trouble as he thinks Patralekha won't agree to work with Sai.

Sai requests Virat to convince Patralekha to take the role and participate in the drama.

Further, Virat tries to request Patralekha but she refuses to take part in the role.