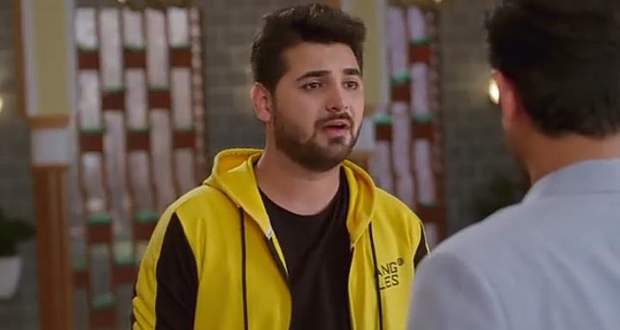 Today's Ghum Hai Kisi Ke Pyaar Mein (GHKKPM) 3 January 2022 episode starts with Mohit revealing that he saw Virat and Shruti coming out of the hotel together which shocks the family.

Samrat questions Virat about Shruti while he keeps saying that Shruti is his friend's wife.

Pulkit asks about Shruti's husband and Virat reveals that her husband is dead.

However, Mohit reveals that Shruti had adorned Mangalsutra and Sindoor and that Virat had checked in as Mr. and Mrs. Chavan leaving everyone in shock.

Omkar and Sonali rebuke him while Ninad says that he is ashamed because of him.

Ashwini requests Sai to say something while Pakhi and Bhavani taunt her.

Sai starts circling Virat and accuses him of having secretly married and living a secret life while saying that he broke the trust of the whole Chavan family.

She keeps questioning him and cries thinking that he loved her but he has a secret life altogether.

Virat tries to convince Sai to trust him while she and others blame him for betraying her but he keeps taking the blame to hide the truth.

Ninad badmouths Shruti and Virat stops him while Bhavani scolds him for talking back to his father.

Sonali badmouths Shruti and Virat shouts at her that he won't hear anything bad about Shruti.