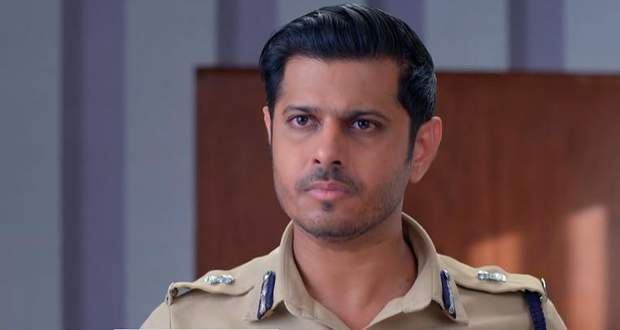 Patralekha stops Samrat while he tells Sai not to cry while he is alive.

Omi asks Samrat to take Jagthap to the hospital.

At the hospital, Dr Thuraat taunts Sai about killing Jagthap whereas Sai asks him to behave and admit Jagthap telling him the reason for his condition.

Dr Thuraat tries to be smart and tells them to call the police but Samrat tells him that they are on the way and asks Thuraat to do his duty.

Dr Thuraat examines Jagthap and asks the nurse to arrange for blood.

Meanwhile, Sai give a statement against Jagthap.

Just then Vitthal Mane comes in looking for Jagthap and drops his phone when Kamath was calling him.

Dr Chanda comes to tell them about blood requirements and Vitthal offers himself.

Sai asks Dr Chanda to get Vitthal Mane’s phone for a while.

Meanwhile, the nurse refuses to take Vitthal's blood because he is drunk but he misbehaves with the nurse, making Sai come in.

Just then Dr Thuraat comes in and asks Sai to leave.

Later, the nurse tells Thuraat that Vitthal is drunk and she cannot risk taking his blood while already the hospital is under threat due to alcohol.

Dr Thuraat gets angry at the mention of that incident while Sai overhears them.

Dr Thuraat suspends the nurse for fifteen days with a threat of permanent termination.

After a while, Sai probes the nurse and finds out the truth.

In the meantime, Sai comes to Jagthap room where Jagthap threatens her with another lawsuit.

Sai tells them that she has not killed Malhar but someone else has killed him.

Sai asks Jagthap about the person who has given alcohol to Malhar.

However, Samrat comes in with a police commissioner and based on the nurse's testimony arrests Thuraat.

After a while, Kamath comes to Vitthal Maane with one crore rupee cash and tells him that he has messaged him to come.

Before Vitthal could understand, Sai once again comes with the police and proves Kamath and Vitthal’s hand in Virat’s arrest.

Jagthap says that he will take revenge on the Chavans.