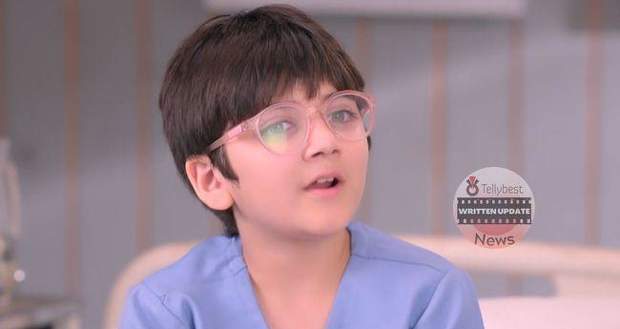 However, Virat comes there with Pakhi and states that Sai cannot do anything as he has lost feelings for her.

Bhavani tells Pakhi to be careful since Sai is very cunning but Pakhi states that she is thinking too much.

On the other hand, Sai thanks Varsha (the broker lady) for getting her the apartment so easily and quickly and asking her about the owner.

Varsha gets hesitant and tells Sai to not worry about them as they are living in a foreign country.

Varsha gives her the keys and leaves telling her to not worry about the deposit.

Meanwhile, at the Chavan house, Bhavani is worried wondering who the girl child is with Sai.

Karishma comes there and talks ill about Sai saying that she is sure Sai can do anything to enter the Chavan house.

The next morning, Sai helps Vinu with the braces and they chat nicely while Vinu says that he has a request.

He requests Sai to come to the Chavan house daily to do his treatment but Sai refuses and reveals that she has bought a house just nearby.

Further, Vinu suggests Sai and Usha show them the new house as Virat and Pakhi keep sitting in the car and look uncomfortable.

Later, Sai and Savi reach the road to their house and thank Virat for dropping them off and bid them goodbye.

However, Virat gets stuck in the traffic when he sees Jagtap coming in front of Sai with a balloon, Candy floss, and money.

Sai refuses to accept it and talks to him rudely telling him that he should go.

Further, Jagtap sits back in his car and drives away telling the other man to give the money to the poor.

Meanwhile, the Chavan house tells Pakhi that they are planning an engagement party for her and Virat.

At the same time, Sai gets frustrated sitting on the sofa wondering why everyone wants to help her financially.

Usha reminds her that they do need money for the deposit and to make the living arrangements.

Sai removes the diamond ring from her hand and recalls how Virat gifted it to her and even put it on her fingers.

© Copyright tellybest.com, 2022, 2023. All Rights Reserved. Unauthorized use and/or duplication of any material from tellybest.com without written permission is strictly prohibited.
Cached Saved on: Monday 21st of November 2022 05:50:46 AMCached Disp on: Tuesday 6th of December 2022 12:08:06 PM