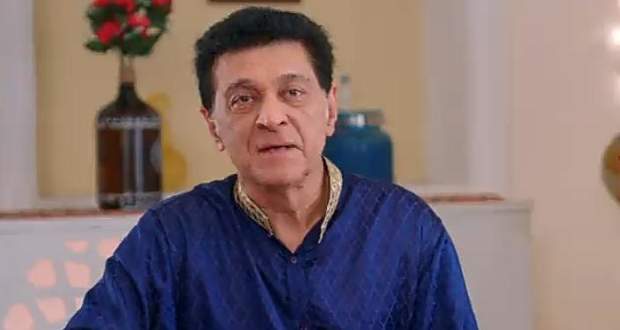 Pakhi taunts her that she is there to welcome her as Virat is not here while Pakhi says that even though he is not there, their friendship is with her.

Further, Pakhi talks to her and makes her think that there might be someone third between her and Virat as they are just friends and talks about her experience as Virat's friend.

Elsewhere, Virat expects a call from Sai when the DIG calls him and tells him that they have to protect Minister Patil from Sadanand as he has already killed five of their officers.

Meanwhile, Sai talks to her father in imagine who tries to make her realize that Virat loves her and cares for her.

She asks him how does she start that conversation and he tells her to talk to the moon and disappears.

© Copyright tellybest.com, 2020, 2021. All Rights Reserved. Unauthorized use and/or duplication of any material from tellybest.com without written permission is strictly prohibited.
Cached Saved on: Wednesday 1st of December 2021 11:08:41 PMCached Disp on: Monday 6th of December 2021 01:19:00 AM