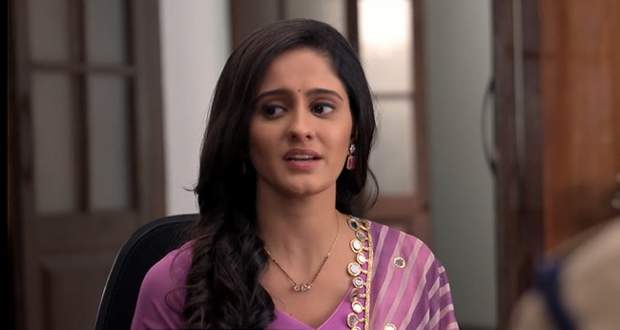 Virat is not liking Shruti’s concern for him, thus, asks her to leave him alone.

Meanwhile, Pulkit enlightens Sai that she is letting Virat off the hook very easily.

Sai retorts Pulkit, reasoning that Virat had been there in her bad times and for some reason, her heart is telling her to help Virat.

Pulkit is very much unhappy with the decision.

When Pulkit asks Sai to completely remove Virat from memories, Sai, despondently, states that there is nothing left in her life to focus on other than her studies.

On the other hand, Virat apologizes to Shruti realizing his harsh behavior.

Shruti nods in understanding while Virat breaks down in front of her.

Virat is hurt as he feels Sai has broken her promise of being with him, no matter what happens in life.

Shruti goes to console Virat but Virat leaves the house.

Further on, the next morning, Sai goes to the police station.

There Sai meets the DIG sir who feels sorry for her for what Virat did to her.

DIG sir asks Sai if she is there to ask some favor for Virat.

Sai corrects the officer, telling him that she came there because of the article she read in the newspaper.

Sai lies to the officer that Virat and she had separated way long ago.

On the other hand, DIG sir denies believing her words.

Meanwhile, Sai pulls out the divorce certificate and nervously shows him to the officer.

As DIG sir scans the document, Sai brings his attention to the date of the certification which is almost a year ago.

DIG sir gets surprised seeing the piece of paper, thus, he cross-questions Sai.

Sai narrates the circumstances in which Virat and she got married.

DIG sir catches Sai’s lies but Sai gets her way.

As Sai starts to leave, DIG sir says that Sai may have saved Virat today but he knows that there is an undeniable bond between Virat and her.

At the same time, Virat arrives at the police station and misunderstands Sai.

Virat gets sarcastic with Sai and both start arguing again.