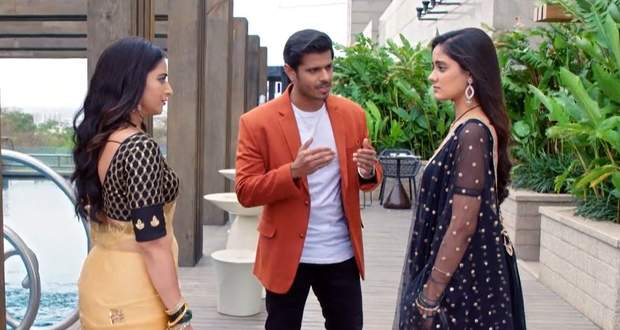 Today's Ghum Hai Kisi Ke Pyaar Mein (GHKKPM) 4 June 2021 episode starts with Sai getting shocked to know about Virat's promise given to Patralekha but she pretends as if she didn't listen to anything.

Meanwhile, Virat repeatedly asks Sai whether what did she listen as he thinks knowing things partially won't be good.

But, Sai tells Patralekha that if Virat has given her any promise he will surely carry it out as he is very well keeping the promise given to her father for taking care of her.

Later, Sai feels heartbroken but Virat follows her and requests her to tell him that what did she listen.

Both look at each other helplessly as Sai says in her mind that she doesn't know what's happening to her about Virat.

At the same time, Virat thinks that things would have been better if he could be able to express his love for Sai.

Further, Ashwini comes and asks Sai and Virat to join the party as everyone is waiting for them.

Everyone enjoys the party except Sai as she feels disappointed with Virat for not letting her know about his promise given to Patralekha.