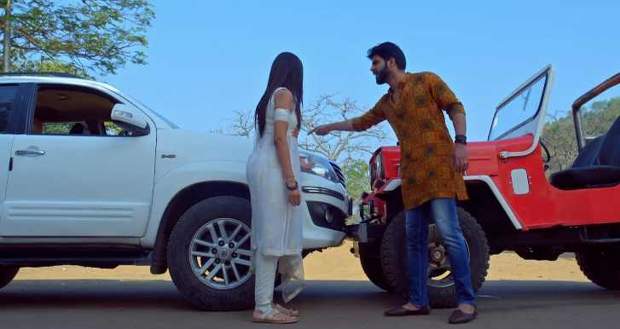 Knowing that injection is for Virat, the police come into action and follow Sai to the hospital.

While Virat is struggling for his life, Sai reaches the hospital and hands over the injection to the doctor.

Meanwhile, Ninad thanks Pulkit for arranging the injection on time.

However, Pulkit tells Ninad and the Chavan family that Sai and not him has arranged the injection but no one believes Pulkit and accuses him of siding with Sai.

Later, Sai refuses to leave the corridor until she finds out about Virat.

Despite, Bhavani’s threats of having Sai arrested, Sai adamantly stands her ground.

Later, DIG approaches Sai and praises her for being brave like ‘Savitri’. This shuts Chavan family members but not Bhavani who continues to spew hatred for Sai.

After a while, the doctor announces the operation to be a success and declares Virat out of danger. He too thanks Sai for bringing the injection on time.

Knowing of Virat being safe brings relief to everyone present.

Feeling grateful, Sai thanks the doctor for performing such delicate surgery that saved Virat.