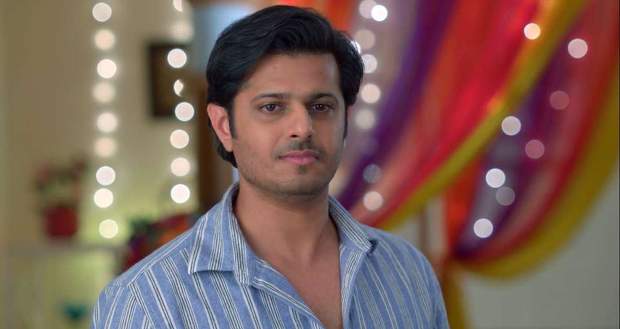 Ashwini cries incessantly and is disappointed in Sai for using her against her own son.

Ashwini also rebukes Sai angrily and warns her to never show her face from now on.

Bhavani praises Ashwini for treating Sai like this and asks Karishma to bring Sai’s bag for Sai must be planning on running in the face of the problem, as she always does.

However, Sai tells them that she is a changed person now and will never leave the house ever.

Sai also promises to soon convince Ashwini and Virat into forgiving her.

Meanwhile, Sai proposes to the Chavans, an idea to stop Virat from leaving for Nagpur.

Sai tells them that if they work together instead of fighting with each other then they will surely stop Virat.

Meanwhile, Virat is in pain and Ashwini comes to him and tries to calm him while apologising to him.

Virat requests her to leave him alone as he is not in the right state of mind.

Later, Ashwini requests him to let her take care of him until he is well, as it is her right as a mother, to which Virat agrees.

Meanwhile, Sai comes to Virat and tries to take him to the doctor but he refuses.

In the meantime, Patralekha tries to go inside but Samrat stops her and tells her to stop comparing herself with Sai.

Sai tries to help Virat to relieve his pain but ends up arguing with Ashwini and upsetting Virat more.

Later, Sai tries to convince the family members to let her help Virat in her professional capacity as no other doctors are available.