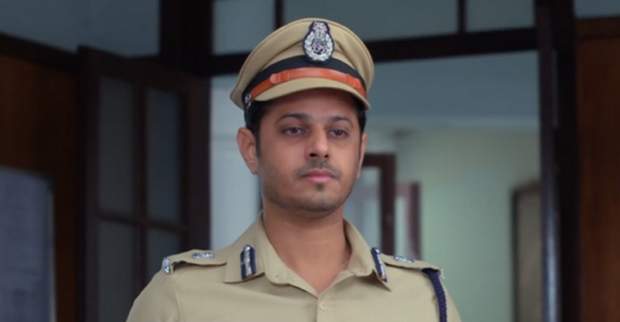 When DIG asks Virat for evidence to justify his innocence, Virat declines that he has no evidence.

Instead, Virat submits his resignation letter.

DIG sir gets exasperated hearing Virat talk resentfully about Sai as Virat assumes that Sai had come to complain against him.

The officer shows the divorce certificate to Virat and draws his attention to the date written on it.

Virat requests DIG sir to disregard the document but the officer advises him to rejoin his duty and sort out his personal issues with Sai.

Later on, Sai finds Virat on her doorstep and enquires him for the reason of being there.

Virat, imperiously, returns the certificate to Sai, telling her that he does not need her sympathy and favor.

Sai denies Virat’s accusation and asks him to leave.

Stubbornly, Virat stays there, arguing with Sai to accept that she was wrong in her doings.

At the same time, Pulkit arrives there.

Virat is left stunned when Pulkit swears on him.

On the other hand, Sai says harsh words to Virat, slicing Virat’s heart into pieces.

Further on, Shruti is concerned for Virat’s well-being.

When Virat comes back home, Shruti tells Virat that she was worried about him as he was not responding to her calls.

Not liking Shruti showing concern for him, Virat behaves rudely to her.

In his outburst, Virat says awful words to Shruti.

Soon, Shruti and Virat get into a heated argument.

Shruti declares to Virat that he doesn't own any right over her or her son Saahas.

Virat angrily shouts at Shruti when she comments that a good man will never think of such bad things about a woman.