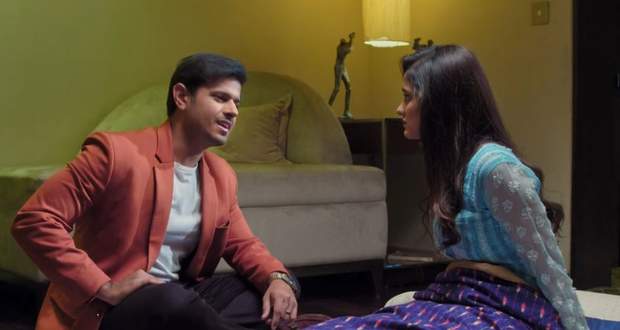 Meanwhile, everyone discusses family planning and Bhavani makes fun of Sai which makes her feel irritated.

Virat requests everyone by saying that having a child is his and Sai's matter and nobody should interfere in it.

Later, Sai blames Virat for Samrat's disappearance and says that maybe Samrat left home because he already knew about his and Patralekha's relationship. Virat loses his patience and he leaves the room furiously.

At the same time, Patralekha listens to their conversation by standing outside the room.

When Virat leaves she takes it as an opportunity to get closer to him.

On the other hand, Ashwini shares her concern about Sai and Virat's relationship in front of Mohit.

But, Mohit consoles Ashwini saying that everything must be fine between them.

Further, Patralekha goes to Virat and tries to convince him saying that Sai is not a good person which frustrates Virat and he asks her to leave.

Virat tells Patralekha that if anyone sees them it might create problems.

Patralekha insists Virat to drink turmeric milk or else she won't leave so Virat drinks it hurriedly and feels pain in his chest for a while.

Patralekha comes closer to comfort him but he sternly refuses her and tells her to stay away from him.