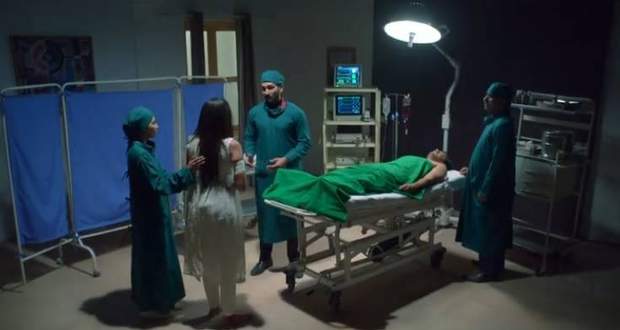 Meanwhile, Bhavani sends a prayer of thanks to God for saving Virat.

However, instigated by the reminder, Bhavani, Patralekha, Omi, and Sonali insults Sai again and make her leave.

After a while, the whole staff praised Sai for her efforts which makes Bhavani behave rudely with them.

Meanwhile, Sai returns and tells everyone of her designation as an observer in the hospital.

Sai recalls her discussion with Dr. Patil for requesting this position and presented the Chavan family with the appointment letter.

Afterward, Virat’s mother requests Sai to leave them alone with Virat. However, Sai couldn't agree to her request and moved to do her duty.

Furiously, Bhavani insists on seeing the doctor at all costs but the nurse instructs them to wait till morning.

At the same time, Pulkit shames the Chavan family for accusing Sai while she went way beyond her limits to save Virat.

Later, Pakhi assures everyone that she will take care of Sai while others should go home and rest until Virat is ready for visitors.

In the ICU, Sai recalls her duty and was taking Virat's vitals reading when Pakhi tries to engage her in an argument.

Being persistently insulted, Sai asks Pakhi to treat her with indifference as she would have done with any other hospital staff.

Trying to show Pakhi her place, Sai reminds Pakhi of how Virat has favored Sai instead of Pakhi during their previous visit.

In turn, Pakhi also reminds Sai how she has left him alone without trusting him and she should leave now too.