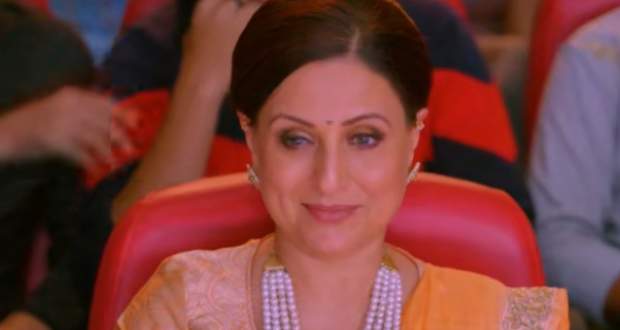 Chavan's get furious with Sai for lying to them.

Ninad says that he won't ever forgive her for this as for the sake of winning a challenge she created a big drama of her death and called fake police.

Virat sitting in the audience holds his ear as Bhavani looks towards him with disappointment as he too supported her in her drama.

Later, Chavan's praise Sai's performance and give her the credit for making them participate in the event or else they would have missed a lot of fun.

On the other hand, Sai calls Virat on the stage and challenges him to perform against Ajinkya.