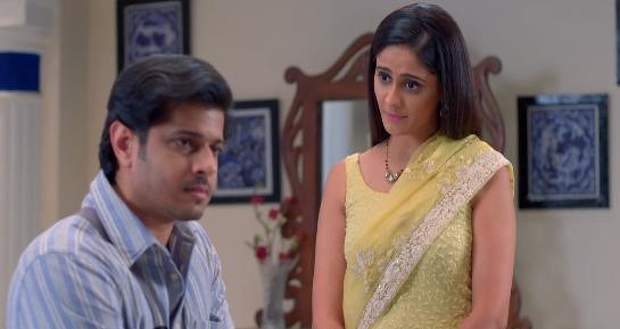 Sai offers to drive Virat to wherever he is going but he reminds her of not having a licence.

Meanwhile, Sunny comes to pick up Virat for the physiotherapy session so that he can recover fast and get transferred soon.

While Sai is thinking of stopping Virat from getting a transfer, Virat stops her and asks her to not go to DIG sir for this matter.

Later, Sai follows Virat to the hospital to find out about his recovery.

In the meantime, Sai is caught standing outside and comes inside and jokes about him going away.

After a while, Virat asks the doctor to prescribe further test that is essential for his fitness report.

After some time, Sai comes to Shiwani with the peace offering in the form of chocolate sauce cake.

Shiwani looks distressed and asks Sai to go while Sai insists on her eating something.

On Sai’s insistence, Shiwani agrees to have a bite but is reminded of Rajeev and cries.

Sai encourages Shiwani to talk and lighten her burden but Shivani remains adamant.

Afterwards, Sai asks Shiwani to lend her phone to her, to scan Virat's report.

Meanwhile, Sonali attracts everyone’s attention by playing a "Dumroo" and tries to instigate them against Sai.

Karishma tells everyone about Sai taking a cake to Shiwani to butter her up.

However, Patralekha is not happy with Sai making friends one after another and warns Bhavani about it.

Later, Sai extracts Rajeev’s number from Shiwani’s mobile under the pretext of using her camera.