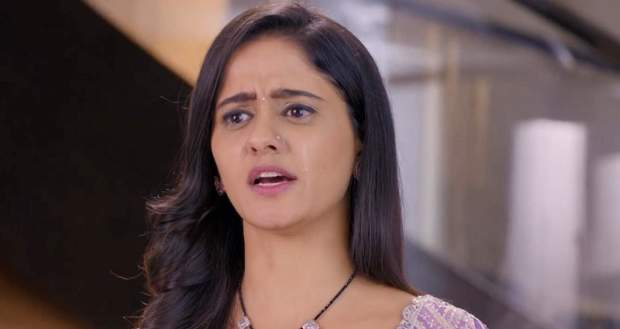 Today's Ghum Hai Kisi Ke Pyaar Mein (GHKKPM) 8 June 2021 episode starts with Sai questioning Patralekha that why does she every time interrupt in between her and Virat's issues.

At the same time, Sonali and Bhavani confront Sai by telling her that Patralekha is senior to her and she has the right to take important decisions in the house.

Sonali asks Sai that why is she creating drama and what's her actual concern is it just about Patralekha talking to Virat or something else.

Ashwini asks Virat is everything okay between him and Sai which makes Virat furious and he tells Ashwini to explain to Sai a few things on how she should behave properly at home.

Further, Sai gets angry with Virat and blames him for creating the scene and says that he and Patralekha have played smart to ruin her integrity in front of the family.

Later, Sai discloses Virat and Patralekha's relationship before their marriage to everyone.

Sai demands answers from Patralekha but she just remains quiet in front of everyone.

© Copyright tellybest.com, 2020, 2021. All Rights Reserved. Unauthorized use and/or duplication of any material from tellybest.com without written permission is strictly prohibited.
Cached Saved on: Wednesday 8th of December 2021 12:10:15 AM