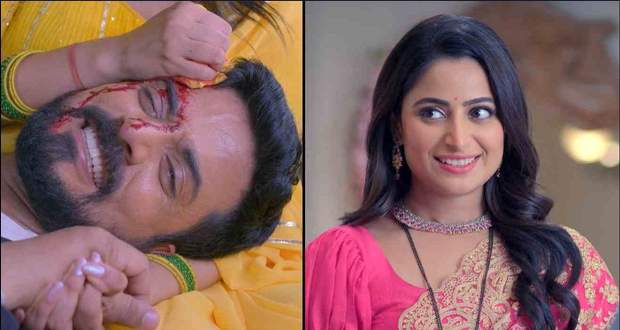 As Sai tells her about Jagthap being responsible for Samrat's death, Patralekha begins to slap Sai for being the reason for Samrat’s death.

Virat intervenes and tells Patralekha that he understands her pain but Sai has done nothing.

Patralekha tells Sai that she has killed Samrat and he is no more her brother.

Afterwards, Patralekha tries to revive Samrat and cries incessantly at his death.

Ninad also expresses his grief at Samrat’s death and regrets being alive to see the day.

After a while, Mohit and Virat prepare Samrat's body for the last right while Patralekha sits crying and remembers moments with him.

One by one everyone recalls Samrat and the love he has for everyone.

After a while, Devi comes in and cries for Samrat while trying to wake him up.

Everyone tries to console Devi while Sonali worries about Mansi.

Sonali tells Ashwini that Mansi’s condition is worsening and sends Karishma to look after her.

Meanwhile, all the women talk about Patralekha being widowed at such a young age and pity her which Patralekha finds offensive.

When people start taking Samrat’s body, Patralekha stops them and refuses to let Sai be a part of Samrat’s last rites.

Everyone tries to convince Patralekha but she remains adamant and blames Sai for Samrat’s death.

Sai also protests at the injustice but remembers Samrat’s words and stays behind.

At the Shamshan Ghat, Patralekha’s mother cries meeting with everyone about the injustice with Patralekha while Patralekha remembers her last moments with Samrat.

At the Chavan house, Sai is remembering Samrat and tells him that she is regretting calling him that morning and feels responsible for his death.

She also tells him that Patralekha has stopped her from going to Shamshan but that she is justified as she is the reason for Patralekha’s pain.

She also promises Samrat that she will take care of Pakhi and will always be by her side and never fight with her.

© Copyright tellybest.com, 2020, 2021. All Rights Reserved. Unauthorized use and/or duplication of any material from tellybest.com without written permission is strictly prohibited.
Cached Saved on: Thursday 2nd of June 2022 11:49:50 PMCached Disp on: Saturday 25th of June 2022 04:35:15 PM