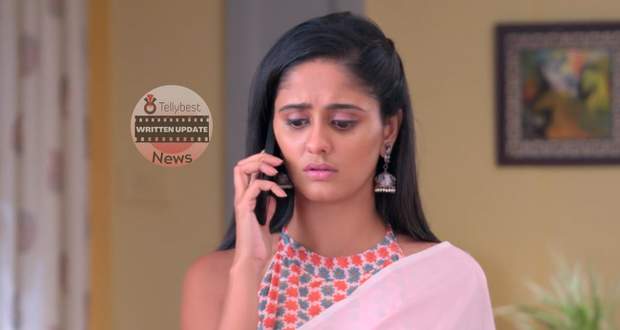 However, Bhavani tells Patralekha that Sai will not come to the party.

Patralekha tells Bhavani that if she does not want Sai then it is ok but let Savi come to the party.

She also tells Bhavani that she is not insecure about her position in the house and not worried about Sai or Savi.

Patralekha turns towards Virat and asks him to go and get Savi for the party.

However, Virat is not ready to go to Sai’s house after asking her not to involve herself in his family matter.

Patralekha is not impressed and tells Virat that Vinayak has invited his best friend for the first time and instead of thinking of his happiness, he is giving importance to his rules.

She also tells him that she will not celebrate her anniversary if her son remains unhappy.

After a while, Virat goes to get Savi who is waiting for Vinayak.

Virat tells Savi that he has come to invite her to the marriage anniversary party.

Just then Sai comes out and Savi asks her when her anniversary will come.

Sai gets angry while Savi continues to talk about the anniversary party and going there.

Sai scolds Savi and tells her to go inside.

Meanwhile, Sai reminds Virat of his previous day’s behaviour and why is he here to take her daughter to celebrate his anniversary.

Sai continues to insult Virat and taunt him for coming to her doorstep when it suits him.

Elsewhere, Patralekha comes to Vinayak to tell him about Savi coming to the party which excites Vinayak and he becomes happy.

In the meantime, Sai prohibits Virat from talking to Savi in her absence and says that Savi will not go to the party or any other gathering.

Just then, Savi makes a card for Virat and brings it to him but Sai tears it into pieces and tells Savi that she cannot go to the party as she has work.

Seeing Savi cry, Virat tells Sai that he is behaving with Vinayak in a similar way and all because of their past bitterness.

Sai tells him that she is not ready to let her daughter get hurt again and again by his hands.

Virat offers to talk to Savi to console her but Sai mocks him saying he wants to come inside her house when she cannot even stand on the road of his house.

At Sai's house, Virat tries to console Savi into obeying her mother who knows best.

Just then, Savi gets a call from Vinayak who gets upset on hearing that Savi will not be coming to the party and threatens not to attend himself.

© Copyright tellybest.com, 2022, 2023. All Rights Reserved. Unauthorized use and/or duplication of any material from tellybest.com without written permission is strictly prohibited.
Cached Saved on: Monday 21st of November 2022 04:07:07 PMCached Disp on: Wednesday 7th of December 2022 12:11:10 PM