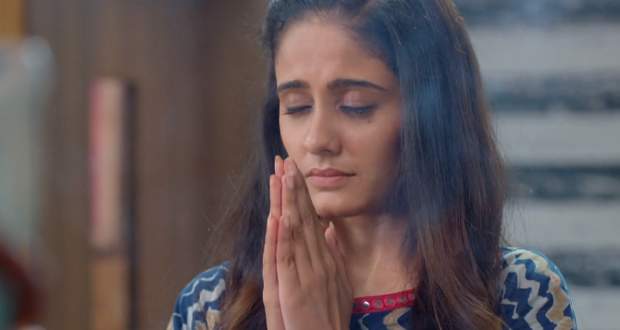 Today's Gum Hai KisiKe Pyaar Mein  12 Nov episode starts with Kamal asking for water and Virat reaching for a water bottle but Sai stops him saying that they can't give him water as he is shot.

They reach the hospital and tells doctors Kamal's blood group after which she calls her uncle to donate blood for him and tells the doctors to start the operation.

Virat sees Pakhi's missed calls and then informs her of Kamal's brave act while getting emotional after which she informs him of Samrat being MIA.

She tells him to come home as she needs her best friend while Virat says that he will come after Kamal gets better.

Meanwhile, Sai is praying for Kamal's life to Lord Shiva.

In the OT, Virat blames himself while Kamal stops him and says that he is happy he'll die while doing his duty.

Further, he gets emotional and takes a promise from him that he'll take care of Sai and which the doctors operate on him.

Meanwhile, Sai bought the Pooja essential and does Lord Shiva's Pooja while praying for Kamal's life.

The lamp's fire flickers and goes out while Kamal's heartbeat goes flat.

Sai relit the lamp and chant prayers while doctors shock him to try to get a heartbeat but fail after which they put a white cloth over his head.

© Copyright tellybest.com, 2020, 2021. All Rights Reserved. Unauthorized use and/or duplication of any material from tellybest.com without written permission is strictly prohibited.
Cached Saved on: Sunday 9th of May 2021 10:56:25 PM