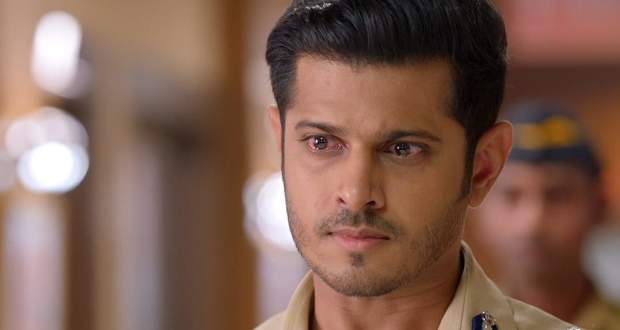 Virat enters the OT and lifts the cloth from Kamal's face while Usha sobs.

Virat tells to bring in Sai after which Usha informs her of Kamal's demise while she doesn't respond to her and goes to the OT.

Sai talks to Kamal's lying body and tries to feed him Prasad.

Virat tries to console her but she doesn't respond after which he grabs her by hand and screams that Kamal is dead.

Meanwhile, at the Chavan mansion, everyone is trying to stop Mansi who is reaching for the front door with a suitcase in her hand.

Ashwini asks her about her destination to which Mansi reveals that she is going to Ladakh to look for Samrat.

The Chavan family manages to stop her after which Ashwini suggests that if Pakhi does fast for Samrat's life he may come back after which Bhavani praises Pakhi due to which the latter agrees.

Elsewhere, Sai notices the holy thread absent from Kamal's hand after which the reality sinks in for her and she finally breaks down.

Further, she blames Virat for Kamal's death and calls him a murderer.

Meanwhile, the Chavan ladies are eating while Bhavani gives Pakhi 'Shringar Shagun' for the next day's fast while Ashwini taunts her.

At the hospital, Virat and Sai come face to face with Jagthap and Vithal while Vithal rubs Kamal's death in their face and taunts them.

Virat promises them that they will pay for this and that now the whole Maharashtra police are after them.