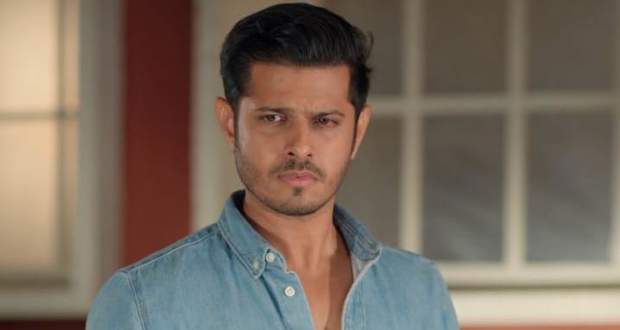 Today's Gum Hai KisiKe Pyaar Mein  18 Nov episode starts with Pakhi talking to Neha and voicing her emotions during which she tells that she wants to upset the Chavan family while Neha consoles her.

Virat calls Pakhi and talks to her and informs her that he's coming home and that he'll find Samrat. However, he gets a call from Sai while they are talking about her.

He puts her on hold and answers Sai's call while on the other end Usha informs him that Sai has slit her wrists after which he cuts Pakhi's call and goes back to Gadchiroli.

Virat reaches Sai's home and takes her and Usha to the hospital where Milind blames Virat for Sai's condition as he left her alone.

Meanwhile, Pakhi is telling her parents about her struggles in the Chavan house after which Sailesh decides to confront Bhavani but Vaishali stops him and tries to explain the situation to him.

Doctors inform Virat and others that they would need blood for Sai as she has lost a lot of blood after which Virat announces to take his blood as his blood group is the same as her.

Virat remembers the times she told him to give his father retirement while he is donating blood.

Usha tells him that Sai's life was Kamal and that she has nothing to live for now and again tells him that Kamal wanted him to take full responsibility for her, not just for her education.

Virat goes outside where he imagines himself in a uniform who tells him to keep his word that he gave Kamal after which he sees another himself talking about the promise he gave to Pakhi.