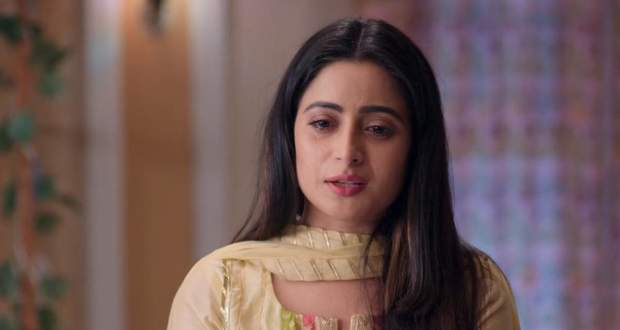 Today's Gum Hai KisiKe Pyaar Mein  15 Oct episode starts with Sai complaining her Mausi about Virat. Mausi tells Sai that Virat is a nice guy who knows to never give back an empty tiffin.

Pakhi’s family starts preparing for the marriage functions and Pakhi misses Virat on looking at her Yoga mat.

Pakhi’s mother tries to make Pakhi understand that she should concentrate on her marriage with Samrat. Pakhi gets emotional on recalling that Virat betrayed her.

Meanwhile, Virat signs Kamal’s retirement letter but Kamal denies that he will not retire till he shows him every corner of Garchiroli.

Kamal requests Virat to take care of Sai for one day as he is going out of the station. The next morning, Virat arrives at Sai’s house and assures Mausi that he will take care of Sai for her safety. Virat takes a promise from Sai that she will not talk about her father’s retirement.

Vithal scolds Jagthap for beaten up by Sai and orders him to spread his fear among people of Garchiroli. Elsewhere, Pakhi’s family welcomes Samrat and his family for the marriage function.

Samrat asks Ashwini to find out if Pakhi is alright with the marriage. Shivani calls Neha and questions her about Pakhi’s consent for marriage.

Pakhi answers back Taayiji that she is getting married to Samrat with her consent. Taiji is impressed by Pakhi’s attitude and scolds Shivani for talking nonsense about Pakhi.