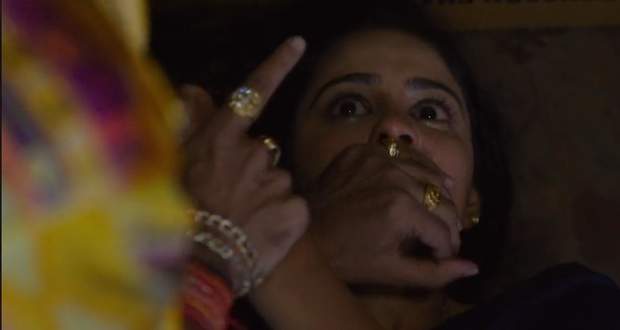 Today's Gum Hai KisiKe Pyaar Mein  21 Oct episode starts with Samrat asking Prachi for a dance performance together. Virat plays the drum and gets jealous of witnessing them dancing closely.

Ashwani requests Vaishali to ask Bhavani to give a dance performance. Bhavani agrees and then dances with all the other ladies.

Pakhi asks Karishma to show her the washroom, while Pakhi’s friend helps her in escaping to meet Virat.

Pakhi searches for Virat everywhere in the house and finds him sitting alone in a room. Virat gets shocked to see Pakhi, while Pakhi questions him that why is he not understanding her feelings.

She tells him that he was not able to see her with Samrat and still wants her to marry him. She requests him to change his decision but Virat tells her that he wants to see Samrat happy.

Virat recalls his childhood when he used to fight with Samrat but still, he saved him when he was about to fall down from a height.

Meanwhile, everyone asks Samrat to have a dance performance with Virat. Samrat goes to see Virat, while Virat tells Pakhi that Samrat will always keep her happy.

They both get emotional and Pakhi gives the promise to Virat. Elsewhere, Sai makes a call to Kamal, and Jagthap finds her through his phone.

Samrat witnesses Pakhi and Neha in Samrat’s room and asks them to come to the hall. Further, Jagthap finds out that Sai is in the tempo which belongs to him.

Devyani comes to the hall and asks Ashwani to give her the wedding dress. Bhavani shouts at her to go to her room, while Virat handles the situation and sends Devyani from there.

Virat introduces Devyani as her cousin sister. Elsewhere, Jagthap catches Sai in the tempo and shuts her mouth to keep her quiet.