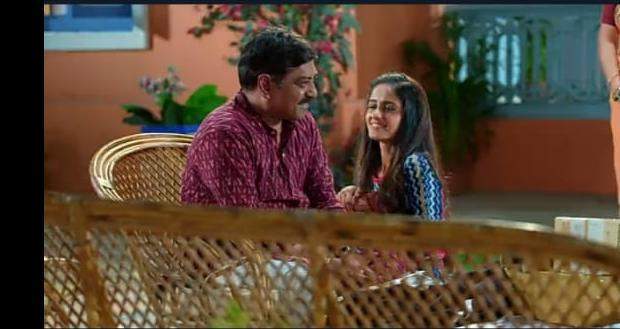 Samrat saves her by saying that it is not possible as he has to report to duty tomorrow. The scene changes to Sai and Kamal doing Yoga.

She requests him to sing the song he used to sing for her when she was a child and he does so while they both get emotional.

Kamal tells Pooja that he has a regret that he could not see Jagthap getting arrested before his departure.

The scene goes back to Samrat informing the family of his posting to Ladakh with other battalions and saves Pakhi.

Ninad calls Brigadier Sood regarding Samrat's departure while he responds that Samrat has to report tomorrow. On the other side, Sai is leaving the house during which Virat comes there.

He introduces Kamal to Pawar and tells him to hand over the charge and Jagthap related information to the latter.

Kamal requests Virat to not retire him before Jagthap is arrested and he agrees to it.

The scene goes back to Samrat on the call with Brigadier Sood while Pakhi enters the room and he cuts the call.

Pakhi tries to help him pack but he refuses by saying that she has done enough which makes her skeptical.

Samrat gives her a blank checkbook with his signatures and tells her to call Virat if she needs anything after which he leaves.

Pakhi realizes that Samrat knows about her and Virat.

© Copyright tellybest.com, 2018, 2019, 2020. All Rights Reserved. Unauthorized use and/or duplication of this material without written permission from tellybest.com is strictly prohibited.
Cached Saved on: Thursday 26th of November 2020 08:49:36 AM