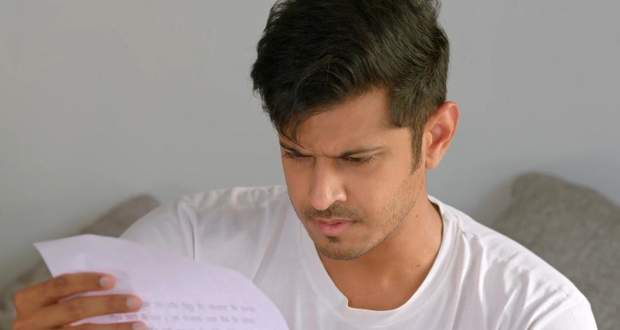 Elsewhere, Virat wakes up after which Kamal shows him the gas bomb along with a letter from Vithal threatening him.

Kamal tells him to leave this place but he refuses and says that he will not leave until he arrests Vithal and Jagthap.

Meanwhile, at the Chavan mansion, Mohit is reciting his lines for the play while Karishma enters the room and misunderstands him talking to a girl.

Afterward, he clears her misunderstanding by showing her the script of the play and she apologizes to him.

She tells him about Pakhi being in love with Virat however he doesn't believe her.

At the same time, Ashwini enters the room and questions Karishma about what she was speaking about Pakhi.

She reveals that Pakhi and Virat love each other after which the plate from Ashwini's hand falls.

Somewhere else, Sai is not receiving Kamal calls after which he sends her a video and she calls him.

He tells on the call that he did pooja for her and that she will be home soon.

Ashwini gets teary-eyed and reminisces her talking with Virat and understanding all the clues of him being distant after meeting Pakhi at engagement.

Pakhi calls Virat and reveals to him that Samrat knows about them. Virat sees a girl looking like Sai going on a bicycle and goes to the Safehouse to check on her.

Meanwhile, Vithal is following him on the way to the safehouse.

© Copyright tellybest.com, 2018, 2019, 2020. All Rights Reserved. Unauthorized use and/or duplication of this material without written permission from tellybest.com is strictly prohibited.
Cached Saved on: Tuesday 1st of December 2020 02:20:23 AM