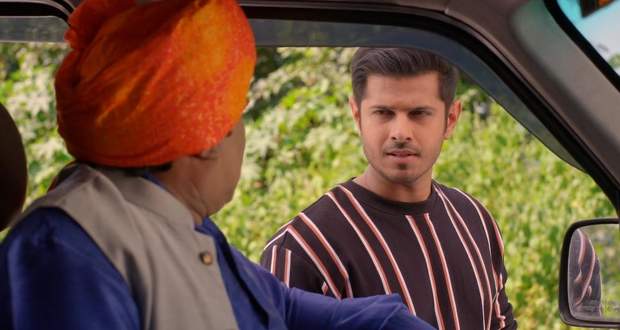 Virat greets Kamal and says that he came here to have lunch with him.

Vithal is confused while Virat suddenly appears by his window and gives him a warning to not try this type of tactics while Vithal reminds him of last night's attack after which he leaves.

At the Chavan mansion, Ashwini is remembering Karishma's words while ironing the clothes.

Ashwini asks Ninad who is closer to Virat and he answers while she tells him that they don't know their son's secrets.

Ashwini gets burnt from iron and Ninad tells her to focus on important matters. Sai is complaining about cooking by herself while Virat calls her but she doesn't pick up.

He again calls her and asks her why is she crying while she shows him the onion and complains about cooking.

They talk about family and loved ones and get emotional after which Virat tells her to pick up his calls on time and ends the call.

Elsewhere, Bhavani tells Pakhi to eat with them and announces that she wants to do a pooja for Samrat.

She tells Pakhi to do a fast for Samrat's prolonged life while Ashwini taunts saying whether she wants Samrat's life prolonged or not.

Ashwini confronts Pakhi and reveals that she was talking to Virat on the calls while Bhavani sides with Pakhi asking what is the problem in that.

© Copyright tellybest.com, 2018, 2019, 2020. All Rights Reserved. Unauthorized use and/or duplication of this material without written permission from tellybest.com is strictly prohibited.
Cached Saved on: Saturday 28th of November 2020 04:52:27 AM