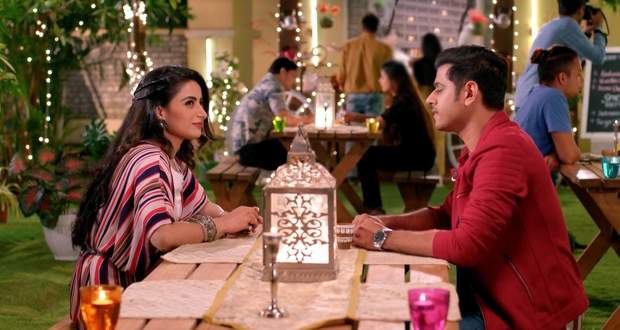 Today's Gum Hai KisiKe Pyaar Mein  4 Nov episode starts with Ashwini telling Bhavani that she won't understand her concern for Virat as she does not have a child of her own after which Ninad scolds her.

Bhavani says that she considers both Samrat and Virat as her sons and tells Ashwini that there is no problem if Virat and Pakhi talk. Ninad gets a call from Brigadier Sood.

Elsewhere, Pooja is serving Kamal and Virat food while Kamal declines, and Virat scolds him and tells him to eat.

Kamal and Sai get hiccups at the same time after which he says that she is missing too much.

Virat informs him that he talked to her a while back and to not worry for her but to be careful due to Vithal's consistent attention on them.

At Chavan mansion, Ninad tells the family that Samrat has gone M.I.A. after which Mansi breaks down and cries.

Devyani pinches Pakhi and says that now both of their husbands are lost.

Elsewhere, Virat gets a call from Pakhi who says that she called him accidentally instead of Kamal after which he tells her to take care of herself.

Pakhi calls Virat but he doesn't pick up and she reimagines her memory of a romantic scene with him. She says that she misses him but he is not here with her.

© Copyright tellybest.com, 2020, 2021. All Rights Reserved. Unauthorized use and/or duplication of any material from tellybest.com without written permission is strictly prohibited.
Cached Saved on: Saturday 16th of January 2021 01:35:45 AM