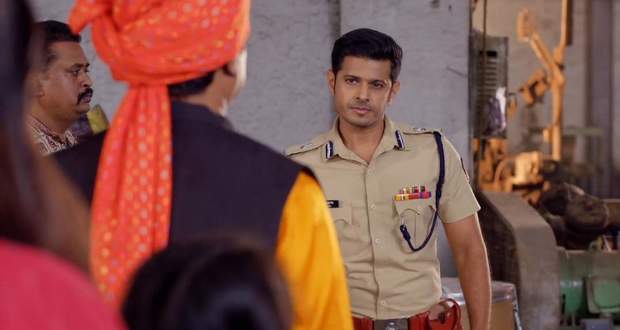 Elsewhere, Kamal is getting ready for duty while Virat reaches there and gives him his medicines after which they have breakfast and the latter leaves after watching him consume his medicines.

Sai calls Virat and informs him of Pari's abduction and that she's going to rescue her.

Meanwhile, the army officers enter the Chavan mansion bearing Samrat's luggage after which Mansi starts crying upon the news of him not being found.

Virat asks Sai of Pari's location after which she does so and tells him to not go there and disconnects the call.

Sai breaks a window to escape the safehouse while Pakhi keeps calling Virat who's not answering her calls.

At the same time, Karishma enters the room and tells her to come downstairs. Elsewhere, Virat reaches the safehouse and informs Kamal of Sai's disappearance.

At the Chavan mansion, Pakhi reaches downstairs and gets stunned seeing Samrat's luggage there while Ninad tells her to sign some documents.

After the signing of the document, the officers take their leave while the house members are stunned due to the news of Samrat still not being found.

Sai reaches Pari's location and unties her from the chair while Vithal traps her in a fishnet.

He removes the fishnet to find out that the girl is not Pakhi but someone else while Virat enters the scene and threatens to arrest him.

Vithal threatens him that he will kill Pari if he will not find Sai.

© Copyright tellybest.com, 2018, 2019, 2020. All Rights Reserved. Unauthorized use and/or duplication of this material without written permission from tellybest.com is strictly prohibited.
Cached Saved on: Tuesday 1st of December 2020 10:58:45 AM