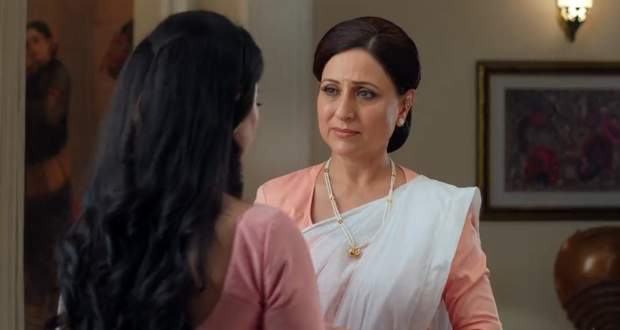 Vithal is confused due to him agreeing so easily while Kamal comes from behind and attacks him.

The arrests Vithal while he threatens Virat and Kamal of killing them after he bails.

Further, Virat praises Sai for being selfless and putting everyone else before her.

At the Chavan mansion, Bhavani tells Mohit to open Samrat's bags and everyone once again gets emotional seeing his uniform.

Ninad tells everyone to not lose hope after which Mohit takes Pakhi's picture from the luggage and gives it to her.

Karishma rebukes Pakhi saying that she never cared for Samrat while Bhavani tells her to behave.

Elsewhere, Pari and Sai are talking to each on the video call during which the former calls Virat a superhero.

Pakhi is unpacking Samrat's stuff and finds a picture of him with Virat and Bhavani while Shivani comes to her room tries to cheer her up.

Bhavani enters the room after which Shivani leaves and the two converse.

Afterwards, Pakhi brings tea for Bhavani and thanks to her for having believed in her and supporting her out there after which she touches her feet and takes her blessings.

Bhavani asks her if the things said about her and Virat are true or not.

© Copyright tellybest.com, 2018, 2019, 2020. All Rights Reserved. Unauthorized use and/or duplication of this material without written permission from tellybest.com is strictly prohibited.
Cached Saved on: Tuesday 1st of December 2020 01:34:44 PM