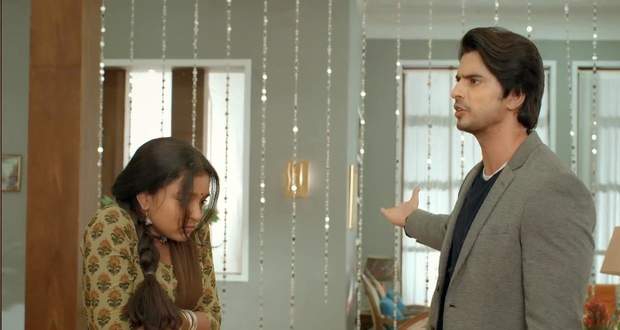 Today's Imli 10 December 2020 episode starts with Aditya shouting at Imli to pack her bags. His family tries to take a stand for Imli and asks Aditya to not to punish Imli.

Aditya doesn’t listen to anyone and takes his final decision to send Imli back to her village.

Imli accepts her mistake and decides to leave the Tripathi house. Aparna asks Aditya to let Imli live there till his engagement.

Satyakaam promises Mithi that he will take her to Delhi to meet Imli. Meanwhile, Malini tells Anu that she should not get so rude with the Tripathi family.

Malini calls Aditya and apologises to him on behalf of her mother. Later, Aditya goes to the kitchen to cook something for Malini, while Imli hears a sound and assumes it to be a cat in the kitchen.

Imli helps Aditya in preparing food for Malini. Further, Aditya has a romantic dinner with Malini at her house.

He informs her that Imli made his family consume Bhaang. Malini says that she finds Imli as a very interesting girl.

She suggests Aditya to not to send Imli back to her village. The next morning, Rupali gives new clothes to Imli to wear on Aditya’s engagement,

Aditya denies taking Imli at the function, while Tripathi family forces Imli to come along with them.

Upcoming Imli episode update: Imli searches for her father everywhere in the city.

© Copyright tellybest.com, 2020, 2021. All Rights Reserved. Unauthorized use and/or duplication of any material from tellybest.com without written permission is strictly prohibited.
Cached Saved on: Tuesday 8th of June 2021 10:48:06 AMCached Disp on: Wednesday 16th of June 2021 06:29:42 AM