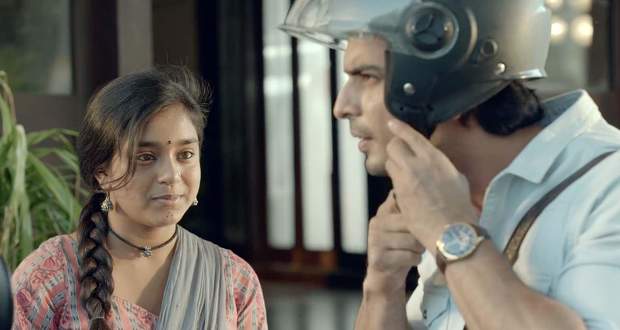 Today's Imli 10 June 2021 episode starts with Aparna getting emotional while Aditya consoles her and tells the family to not be bitter about the divorce but support them instead.

He announces that he also had a reason for divorce and looks at Imlie but leaves saying that he will reveal it later.

Elsewhere, Anu confronts Malini if the boy was the same Kunal for whom she is divorcing Aditya and she accepts.

Anu tells Malini that it is wrong while Malini angrily says that she doesn't want to live in a false relationship like her.

She tells her to not torture Imlie as she is happy with Kunal.

Meanwhile, Imlie shows an upset Aditya his family picture and tells him that she wishes for the family's happiness every morning.

She says that the family will be shattered after knowing their truth while he tells her that it will happen someday.

He tells her that it will be better if they are the ones to reveal the truth other than strangers.

Later, Aditya leaves for work while Anu comes to the Tripathi house and accuses them of torturing Malini.

The police come in saying that the Tripathi's are charged for mentally harassing and torturing Malini and arrests everyone.

© Copyright tellybest.com, 2020, 2021. All Rights Reserved. Unauthorized use and/or duplication of any material from tellybest.com without written permission is strictly prohibited.
Cached Saved on: Monday 17th of January 2022 09:46:32 PM