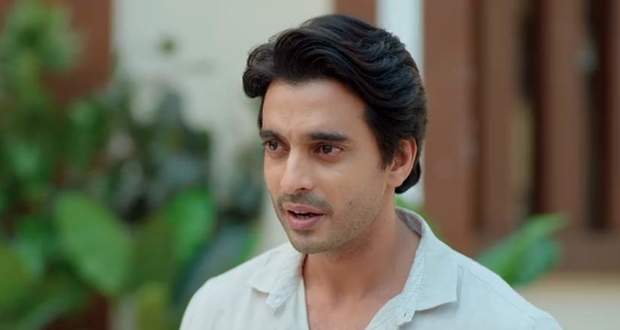 Today's Imli 10 March 2021 episode starts with the editor being happy to give Aditya two days of leave while Aditya reveals to him that he is going somewhere alone.

Meanwhile, Imlie is studying as Mithi asks her why she is standing there as her exams are coming up.

Imlie asks her how she would react if she stayed there forever while Mithi hits her on he head.

Elsewhere, Aditya comes downstairs with luggage in his head while his family tells him to stop.

The family asks him where he is going while Malini bursts at him and confronts him.

Mithi asks Imlie if Aditya loves her while Imlie gets frustrated and tries to change the topic when Dulari comes there and starts taunting them.

She rebukes Prakash for being adopted while Imlie stands up for him.

Aditya lies to his family that he is going to Jamshedpur and leaves while Malini cries and goes upstairs.

Imlie tells Dulari that she will take Mithi with her to the city and will buy her another house while Mithi scolds her for saying anything like that.

Later, Imlie's friends tease her and ask her about her moments with Aditya.

She lies and recalls the movie night as her own while Prakash gets jealous of hearing it and goes away.

Aditya reaches Pagdandiya and asks a man for a lift while the man tells him to ride the bike as he is tried and he agrees.

He collides with Imlie while she gets stunned to see him.

Upcoming Imli (इमली) episode update: Aditya to get bitten by a snake.