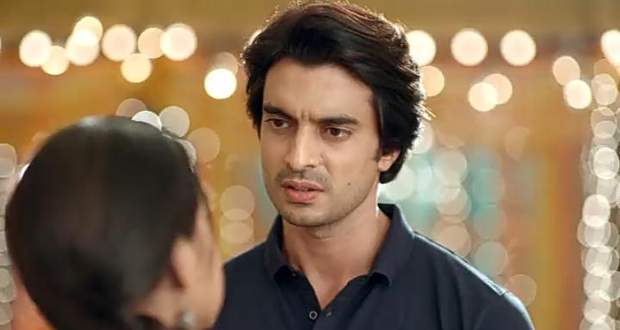 Today's Imli 10 November 2021 episode starts with Imlie walking on the road when she gets hit by a car and falls while the car owner stops a little ahead.

Meanwhile, Aditya sees Aparna praying and questions her while she says that she prays Imlie finds new people who never think wrong of her.

The car owner walks towards Imlie making her think that he is going to apologize to her but gets shocked seeing him go towards a rock in the middle of the road and throwing it aside.

He leaves in his car while Imlie gets angry and shouts insults at him.

Aditya questions Aparna when he was wrong in his relationship with Imlie and tries to justify when Aparna stops him and reminds him that he forced Imlie to leave by questioning her.

Malini tries to manipulate Aditya but Dulari stops her and warns them that Malini and Anu will burn their house.

Dulari takes Mithi and leaves them saying that she can't stay where Imlie was insulted.

The car owner goes to the owner of the fighting ground and tells him to vacate the places in two hours as he has bought the land but he gets challenged to fight the opponent and get the keys of the place from him.

Imlie goes into the fighting ring to stop them and gets thrown to the side while Aditya looks at his and Imlie's picture and cries.

Malini comes there and manipulates him saying that Imlie had gotten scared that her truth will be revealed and left while Aditya gets a call from her boss to cover the underground fighting ring and he leaves.