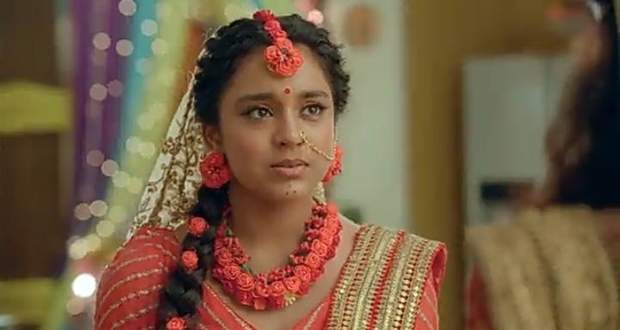 Today's Imli 10 September 2021 episode starts with Malini talking to Aditya who apologies to her on behalf of Imlie saying that she shouldn't have accused her like that.

However, Malini acts good in front of him and tells him to not apologize to Imlie as she knows how to handle her sister and offers him juice.

Meanwhile, Imlie is on her way to Aditya's room to stop him from drinking the spiked juice.

Aditya accepts the juice and drinks it while Imlie enters the room and sees a smirking Malini.