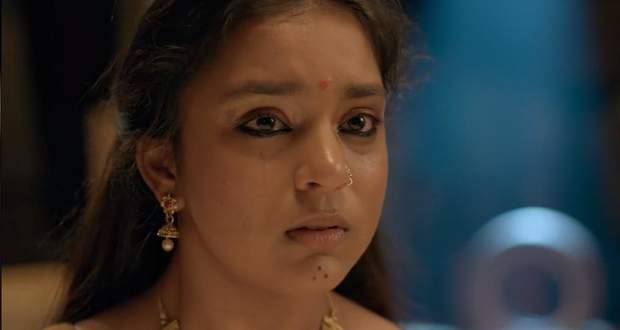 Today's Imli 11 December 2020 episode starts with Aditya getting an urgent call from his office. His boss asks him to come to the office on his engagement day but Aditya’s family doesn’t allow him to go.

Aditya says that he would come back before the engagement, while the Tripathi family gets surprised to see the grand decoration at Malini’s house.

Further, Imli is insulted by Anu’s servant, while Anu confronts the Tripathi family for allowing Aditya to go to work on his special day.

Malini takes a stand for Aditya, while Imli gets emotional on comparing her dress and jewellery with that of Malini.

Meanwhile, Aditya’s boss gives him an important story to cover. Aditya tries to refuse to work on his special day but his boss insists him to concentrate on his work.

Malini’s father misses Mithi on talking to Imli and thinks to ask her about Mithi. Anu arrives there and asks Imli to take Malini’s old clothes after the engagement function.

Imli gets emotional about missing her mother and runs away from the engagement venue. She gets stuck in between the moving cars on the road.

Two men offer help to Imli, while Imli asks them to help her in finding her father. Elsewhere, Tripathi family looks for Imli everywhere at Malini’s house but couldn’t find her anywhere.

The two men capture Imlie in their tempo and take them to their secret place.

Anu asks the Tripathi family to call Aditya, while Pankaj tells everyone that Aditya’s phone is out of reach.