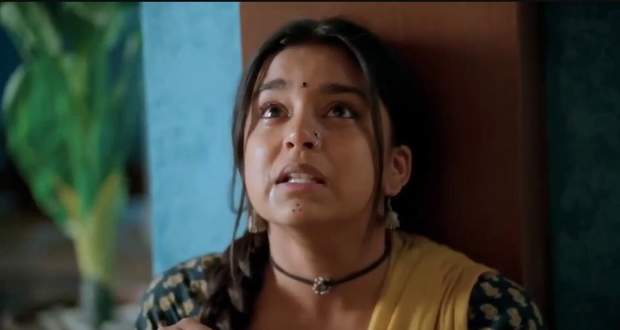 Today's Imli 11 February 2021 episode starts with Malini crying while Aditya comes there and tries to apologise to her.

However, Malini gets angry with him and tells him that he insulted her in front of everyone and asks him if she has such bad thinking.

Suddenly, Aparna calls Malini and she acts like everything is okay while she informs her and Adotya that Nishant is coming back.

Aditya tries to apologise to her but she goes from there while other ladies leave.

Malini apologises to Imlie for taking her here thinking that her mother for once told her the truth.

Anu tries to apologise to Malini and gets her ankle sprained due to which Malini and others take care of her.

Malini decides to stay back while Aditya tells her that Aparna called her there as Nishant is coming.

Imlie offers to stay back which shocks Adorya and Malini.

Anu insults her while Malini warns her that she'll never see her of she insults Imlie anymore.

Later, Imlie puts the herbal paste on Anu's feet while distracting her with a story after which Anu again insults her by telling her to never relate her with Malini.

Dev talks to Imlie if she ever misses her father to which Imlie says that one can miss those people whom she saw and talks sadly about her father.

She says that there is no place for her father in her heart.

© Copyright tellybest.com, 2020, 2021. All Rights Reserved. Unauthorized use and/or duplication of any material from tellybest.com without written permission is strictly prohibited.
Cached Saved on: Friday 30th of July 2021 09:26:55 PMCached Disp on: Wednesday 4th of August 2021 06:16:07 AM